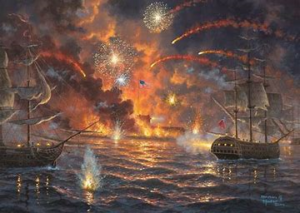 By the rockets red glare and bombs bursting in air! It’s surely that time of year, Independence day!

We all love to celebrate The Fourth in good Ol’ Merica fashion by lighting off fireworks and all sorts of ordinance. We here at Four Seasons understand your patriotic need to light off lady fingers, fuzz buttles, snicker bombs, pirch burners, finger blasters, gut busters, zippity do das, or trap flappers, spleen splitters, whisker biscuits, honey lighters, hüsker düs, hüsker don’ts, cherry bombs and nipsy daisers, with or without the scooter stick!

However, we DO NOT allow the discharge of fireworks or ordinance on the property under any circumstance (Even snakes and sparklers even if it’s the only ones you like) and in doing so would be in violation of your lease agreement. I would recommend instead going to a professional pyrotechnic show it will undoubtedly save you money rather than quite literally watching your hard earned money go up in smoke, shock and awe.

Here are some shows in the area you could check out:

We hope you have a beautiful and safe Fourth of July season!

“If it doesn’t set your soul of fire, Its not worth the burn.”
-C. Churchill