Apartment living has not always been luxurious. Present-day apartments have ample amenities, friendly staff, and regular maintenance this was not always the case. 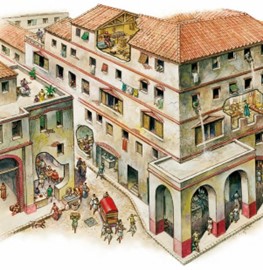 Apartment living dates back to ancient Rome. Apartments in ancient Rome were called Insula and looked very different to the upscale buildings we have now. Insulas were typically 4-6 stories and history tells us they were very dangerous. Fires were common and Insula’s could simply collapse. These buildings typically had shops and vendors on the bottom floor with the apartments above. The top floor dwellings were the cheapest to rent because they were regarded as most dangerous. 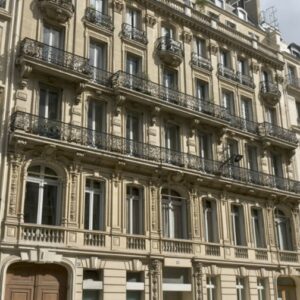 The Middle Ages saw bloom to a different type of apartment. One great house with rooms and suites broken up into separate dwellings.  The 18th century is when “modern” apartments first appeared in European cities. These were large building in the urban city scape, like their Roman predecessor the top floor apartments were the least expensive. 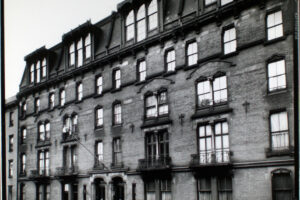 Apartment buildings made their way to America in the 1830’s have evolved since. The tenements are a well-known part of history. Tiny family dwellings with no light, water, or sometimes even windows. These may seem like America’s first apartments, however they were not true apartments. The first New York City apartment was The Stuyvesant built in 1869 this building contained 16 apartments. New York is now home to over 3 million apartments, and they have came a long way since The Stuyvesant!